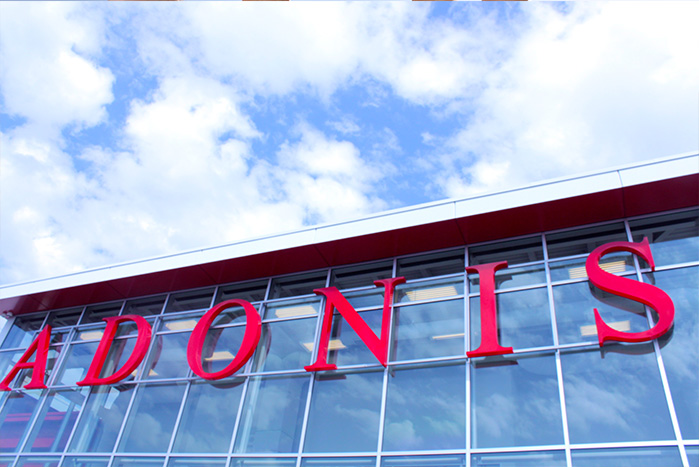 In 1976 brothers, Elie and Jamil Cheaib arrived in Montreal with their friend Georges Ghrayeb. Originally, from Damour, a coastal town in Lebanon, they are entrepreneurs at heart and certainly have a good head for business. Although being newcomers to the country, the Cheaib brothers were not new to the food market. In Lebanon, the Cheaib family owned a business in their small village, about twenty kilometers from Beirut, in addition to operating a farm where they grew bananas, oranges and onions. From a young age, the nine children in the family had learned to work hard. Due to the Lebanese civil war, it became vital to find a more hospitable environment in which to live. Canada would become the land of hospitality and business development.

Inspired by their roots in the Middle East and the idea of bringing their culture to a new world, the Cheaib brothers and their friend Georges Ghrayeb developed the idea of trading typical food of the Middle East, right here in North America. The first milestone that truly marked the beginning of their adventure in Quebec is the acquisition, in 1978, of a small 1000 ft² store on Faillon Street, at the corner of Lajeunesse Street, in Montreal. It was in the apartment upstairs from the store where the two partners had lived the first years after their arrival. Only a table, three mattresses and a refrigerator would furnish this apartment at that time. The three young men worked tirelessly, 7 days a week. It is from this moment on that the store was renamed ADONIS.

Five years of hard work along with the growth of the Middle Eastern and Mediterranean community in Montreal, was enough to lead the small business on Faillon to success. The need to expand the store and increase the size of the company quickly became synonymous with success. To better serve customers, the team had to focus on a more strategic location that serviced larger areas of the community. All categories of foods contributed to the development of the business: fruits and vegetables, grocery, bakery, pastry and meat. Here are some key dates in the company’s development.

On October 26, 2011, ADONIS signs a partnership agreement with Metro. Elie Cheaib, Jamil Cheaib and Georges Ghrayeb continue to manage ADONIS independently in order to maintain the family business philosophy established. The markets continue to be administered by the family: cousins, aunts, uncles, brothers and sisters. The family now extends well beyond Cheaib and Ghrayeb. It now includes more than 1,000 dedicated employees in five locations. Among ADONIS’s staff, you will find employees who have been working with the company for 10, 20 and even 30 years. The founding family occasionally welcomes specialty grocer’s families coming from abroad.

Aujourd'hui: The recipe for success

ADONIS’s remarkable success in such a demanding market surprised an entire industry. The quality of products and services increased the popularity of ADONIS at all locations. Some say that the excellent customer service and the exquisite tasting shish-taouk have been the basic ingredients of ADONIS’s success.

Backed by a team of careful management, ADONIS continues to excel and makes every effort to distinguish itself with a warm welcome, unparalleled customer service, and diverse high-quality products offered at competitive prices.