The World of oysters 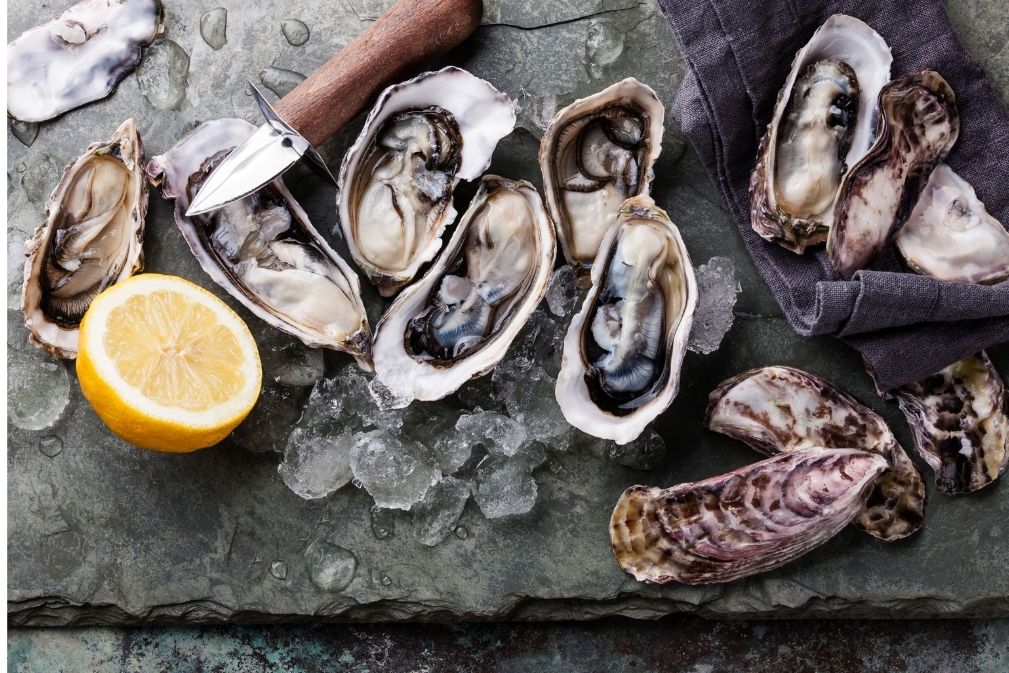 
You can absolutely eat fresh oysters all year round, but peak oyster season is the months ending in "R." Now, for the next questions: How do you pick the best oysters? How do you shuck them? How should you cook them? We've put together a little guide to help you navigate the complex waters of the oyster world.


There's an oyster for everyone

The east and west coasts of Canada have over a hundred varieties of oysters, boasting a wide range of textures and flavours-delicate, meaty, briny, sweet. Here are just a few of the oysters on offer from our fish markets.

You have to be vigilant eating raw oysters. Your shellfish should be unmistakably fresh. Choose your oysters carefully, and go for ones with heavy, tightly shut shells. Avoid oysters with shells that are slimy or covered in algae. Make sure to throw out any oysters with an open bill, as they're likely dead. Another sure-fire method is the smell test: oysters should have a mild, pleasant ocean smell. When you open them, they should be plump and glistening, with a clean, clear liquor.

The best way to shuck an oyster

The world is your oyster

There are so many ways to eat oysters. They are delicious raw with a bit of fresh lemon juice or a few drops of hot sauce. You can also serve them topped with mignonette, a mix of shallots, vinegar and your choice of seasoning. Oysters are also great cooked, so fry them, grill them or serve them au gratin.

The delicate flavours of oysters pair wonderfully with dry white wines featuring mineral notes, such as wines from Chablis, Muscadet-Sèvre et Maine or Sancerre. If you want to get a bit more festive, you can also serve them with some bubbly. Who'd say no to oysters with champagne or cava?